In Europe, the invasion of Ukraine has triggered a historic shift in Russia's Nordic neighbours of Sweden and Finland. Both countries have officially announced they'll seek to join NATO, citing Russia's war as key reasons. Dan Spector reports.

Russian President Vladimir Putin on Monday said Russia had no issue with Finlandand Sweden, but that the expansion of military infrastructure on their territory would demand a reaction from Moscow.

The warning comes as the Nordic countries move closer to joining NATO as a result of Putin’s unprovoked and bloody invasion of Ukraine, a sovereign democracy.

Putin, speaking in Moscow at a summit of the Russian-led Collective Security Treaty Organisation (CSTO), said NATO’s expansion was a problem for Russia and that it must look closely at what he said were the U.S.-led military alliance’s plans to increase its global influence.

Finland and Sweden joining NATO was a distant prospect just months ago.

But Russia’s attack on Ukraine has prompted both Nordic countries to rethink their security needs and seek safety in an alliance they stood apart from during the long Cold War.

The war in Ukraine, which Moscow calls a special military operation but which has already killed thousands and displaced millions, shattered long-standing security policies and fueled a wave of public support for NATO membership in both countries.

The decision by Finland and Sweden to seek membership in NATO also comes as the military alliance prepares for a much broader strategic shift towards a more assertive defensive posture.

The message the alliance aims to send to Russia is clear, said Latvian Prime Minister Krišjānis Kariņš during a press conference in the Canadian capital of Ottawa last week.

“We are dead serious about defending ourselves, so don’t even think about coming this way.”

Kariņš spoke alongside Canadian Prime Minister Justin Trudeau during the latter’s announcement that one Canadian general officer and up to six staff officers will be heading to Latvia to support and contribute to the leadership of the NATO’s Multinational Division North.

The division is currently led by Denmark and supports defence planning for the Baltic member states, along with coordination of the activities by NATO’s Enhanced Forward Presence in Latvia, Estonia, Lithuania and Poland. NATO describes those battle groups as “robust and combat-ready forces.”

The deployment comes as NATO leaders prepare to meet in Madrid, Spain, late next month. While there, they are expected to chart a more assertive defensive vision for the future of the alliance amid what Trudeau described as the “spectacularly poor” decision by Russia to invade Ukraine in February.

“We realize that we may, we do, have to reassess the risk posture and how much we need to stand together against potential Russian incursion and aggression and that is a conversation we are having towards Madrid and we will certainly be having in Madrid,” Trudeau said.

He added that the longstanding operating assumptions of NATO have been that in the event a member is invaded by Russia, other members would respond under Article 5 to push them back out.

But the massacres and atrocities committed by Russians against Ukrainians fundamentally change that.

“The other thing that has given people pause is Bucha, is Mariupol, is the atrocities that Russians are committing in territory they occupied,” Trudeau said.

“The idea that there would be even an understanding that ‘the Russians could advance but then we’d come in and push them back’ as something that is in any way acceptable is something we have to re-calculate.”

With files from Global’s Amanda Connolly. 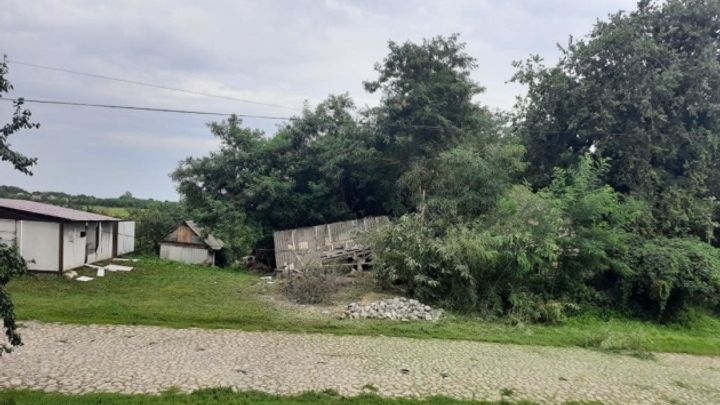 The average waiting time for ambulances to reach people with life-threatening conditions is the joint worst it has ever been, longer than before the pandemic. New NHS figures show that accident and emergency departments also had one of their worst...

UK heatwave: One of the wettest parts of UK faces hosepipe ban.

Pembrokeshire in Wales is facing a hosepipe ban despite usually being one of the wettest parts of Britain. It has only received 60% of rainfall this spring causing some reservoirs there to dry up. Sky's Shamaan Freeman-Powell has been speaking to ...

U.S. Secretary State Antony Blinken visited Rwanda on Thursday, the third and final leg of an Africa tour. At each stop, Blinken stressed that the United States is is not trying to dictate with whom African nations should form alliances. VOA Senio...