Zelensky: Pace of assistance to Ukraine should correspond to pace of our movement.

The pace of assistance provided by partners to Ukraine should correspond to the pace of our movement, Ukrainian President Volodymyr Zelensky has said.

He stated this in a fresh video address, Ukrinform reports.

Good health to you, fellow Ukrainians!

Today, I held another meeting of the Staff of the Supreme Commander-in-Chief – we meet every time we have significant news from the frontline.

The Kharkiv region – we are stabilizing the situation, holding our positions. Firmly. So firmly that the occupiers are panicking tangibly. Well, we warned that the Russian soldiers in Ukraine have only two options: flee our land or surrender. The collaborators have similar options - either they will try to escape, and it remains to be seen whether Russia will let them into its territory, even despite giving them its passports, or the collaborators will be convicted according to the current legislation of Ukraine.

By the way, I want to thank the National Police for quickly restoring law and order in the newly liberated territory. And the Security Service of Ukraine – for the fact that it is now working with remarkable effectiveness. I cannot reveal all the details, but thanks to the Security Service of Ukraine, we are now confident that the occupiers will not have any foothold on Ukrainian soil.

What’s important: the situation at the state border and the protection of our border were discussed at the meeting. The Head of the State Border Service delivered a report. The state will provide all the necessary power to protect our border.

We heard the reports by the Commander-in-Chief, commanders of operative directions.

We are very attentive to the provision of our warriors on the eve of the winter.

Today I want to thank the warriors of the 54th separate mechanized brigade, who are showing resilience in the defense of the Donetsk region. The 95th airborne assault brigade - for extremely brave actions on liberating our territory. The 59th separate motorized infantry brigade is also doing a great job! In the conditions you are fighting, guys, moving forward steadily is truly heroism! The 57th separate motorized infantry brigade - thank you guys for your strength! Thank you for advancing!

I spoke with Aleksander Čeferin today. I am grateful for the support of our athletes, for unwavering principles. I thanked the UEFA President for his assistance in restarting the Ukrainian Football Premier League. We discussed the opportunities of UEFA to help in the liberation of our athletes - prisoners of war, in providing public support to them.

These days, a farewell ceremony for Queen Elizabeth II took place in London. Ukraine honored her memory at a high level - the Prime Minister of Ukraine and the First Lady were present. Among the millions of people who came to pay respects to Her Majesty, there were many Ukrainians. I am thankful to all Ukrainians in the United Kingdom who showed our British friends at this sorrowful moment that Ukraine stands with them.

Tomorrow will be a very important day – we are preparing a speech at the UN General Assembly. There will be important signals from our state.

I will also take part in the summit on food security – this is a fundamentally important element of global security, and Ukraine has something to say.

There will also be online meetings with American partners and investors. We are doing everything to ensure that Ukraine's needs are met at all levels: defense, finance, economy, diplomacy.

I am grateful to everyone who helps our country!

I am grateful to everyone who fights for Ukraine! 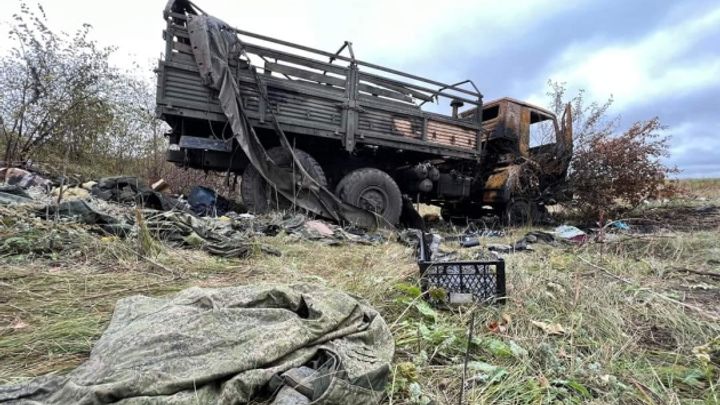