Ukraine President Calls On Europe To Halt All Trades With Russia.

Ukrainian President Volodymyr Zelensky called on European leaders Monday to cease all trade with Russia in an effort to pressure Moscow to halt its nearly month-long military assault on his country.

"Please do not sponsor the weapons of war of this country, of Russia. No euros for the occupiers. Close all of your ports to them. Don't export them your goods. Deny energy resources. Push for Russia to leave Ukraine," Zelensky said in a video address.

His appeal comes as several countries in the EU, including the Baltic states, have called for an embargo on Russian oil and gas imports.

Germany has opposed an outright halt on Russian energy imports.

EU foreign ministers are meeting Monday to discuss Ukraine and a possible tightening of sanctions.

The Kremlin earlier Monday cautioned against a European oil embargo, saying the move could "hit everyone".

"Such an embargo would have very serious consequences for the world energy market. It will have a very serious negative impact on Europe's energy balance," spokesman Dmitry Peskov told reporters.

The United States this month announced a ban on Russian oil and gas, while Britain has said it will cut out Russian oil imports by the end of this year. 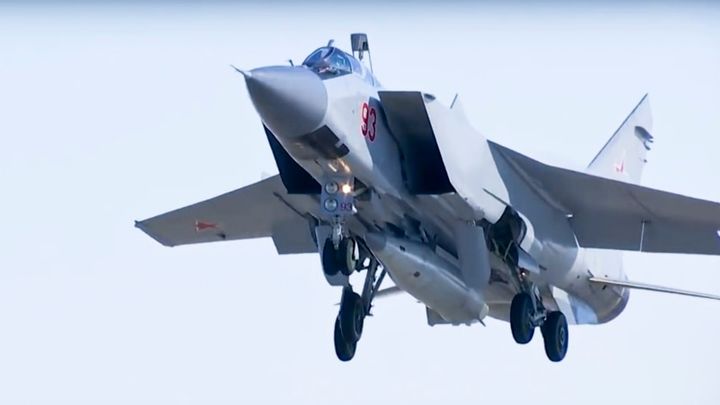