The City of Vancouver saw a more than 40 percent spike in nuisance graffiti reports in 2020 and certain neighbourhoods have been hit hard by taggers since the start of the COVID-19 pandemic. Now as Kristen Robinson reports, a new initiative greenlit by council in May 2021, has finally given artists a legal spot to paint.

After seeing a spike in graffiti vandalism during the COVID-19 pandemic, a new initiative green lit by Vancouver city council in May 2021 has finally given artists a legal spot to paint.

Jamie Hardy, who also goes by Smokey Devil, was one of the first street artists to break ground in the back lane of 133 West Pender Street.

“Anybody’s allowed to come here at any time and paint on the wall without getting arrested,” Smokey D told Global News on Sunday.

After years of campaigning to city hall, the longtime street artist said he’s proud to initiate the first legal graffiti wall in Vancouver.

“I think that if someone has a choice to do it legally or illegal they’ll do it legal right,” Vancouver Coun. Pete Fry told Global News.

The city of Vancouver saw a more than 40 per cent spike in nuisance graffiti reports in 2020 and Fry said the goal of the first sanctioned graffiti wall is to provide an avenue and opportunity for graffiti writers to hone their craft.

“Graffiti is, in many cases, almost like an addiction — it’s kind of a compulsion risk and reward behaviour,” Fry said.

“I think provides an avenue for folks to meet that compulsion but not necessarily risk some of the circumstances that come with vandalizing private property.”

The project is being coordinated by Trey Helten with the Overdose Prevention Society, which has previously hired street artists to showcase graffiti in the Downtown Eastside.

Helten said the Vancouver Native Housing Society donated their lane wall for sanctioned graffiti and community fundraising is underway to support artists with supplies and paint.

“All this art here will be covered by other artists at some point.”

Anyone can test their talent on the West Pender alley wall, and even painting over Smokey D’s work is fair game.

“If they do, as long as they’re better than me, go ahead you know,” said Smokey D.

Fry said he hopes the concept could potentially draw tourists like Toronto’s Graffiti Alley attraction, where once illegal tags are now appreciated.

“It would decrease all the vandalism in the city by half at least,” Smokey D said.

“I’ve been trying to tell them that for ages but let’s see how this one works out as a prototype or whatever and see how it goes.”

Smokey D, who said he once spent eight months in jail for tagging, wants legal graffiti to be his legacy.

“It feels really special to me that I’ve helped him achieve some of his life goals and that this is now available,” Helten said. 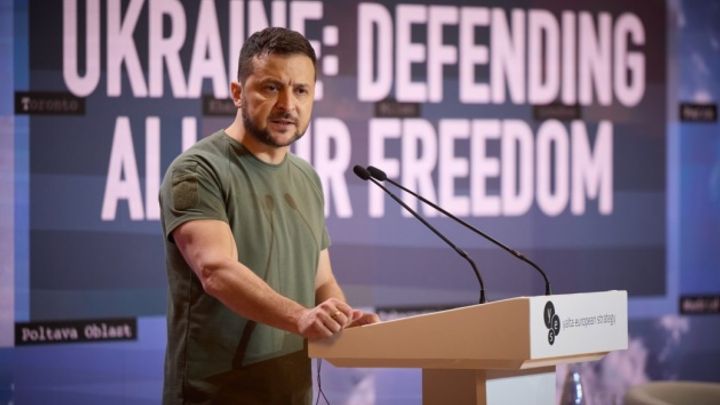 Saskatchewan to open bivalent vaccine eligibility to anyone 18 and older.

The Moderna bivalent vaccine protects against the original COVID-19 virus as well as provides enhanced protection against the currently circulating Omicron variants.

The U.N. estimates that the war in Ukraine turned more than 7.4 million Ukrainians into refugees. NBC Medical Fellow Dr. Akshay Syal has the story of how one teenage girl with a rare heart condition managed to escape the war zone and seek the trea...

We visit a New York City construction site where women are filling in the gaps of a labor shortage. And we see first-hand how scientists in California and Utah are using beavers to help create wetlands in a dry zone. Watch these stories and more o...