Eric Sorensen looks at what the Russian strategy after Russian President Vladimir Putin announced that the country is mobilizing 300,000 troops.

DIBROVA, Ukraine — Viktoriia Nikolienko’s house in this recently liberated village looked undamaged by war. Until she began to talk about what happened to the family members who once lived in it.

Hours before Ukrainian forces reached Dibrova on Sept. 10, Russian forces took away her husband Arsen Ambartsumian, 49, and her son Artem Nikolienko, 21, she explained.

Their bodies were found in the woods the next day. They had been blindfolded with traditional Ukrainian embroidered shirts called vyshyvankas and they had been shot.

“Neighbours heard shooting, they lived not far from it, but they didn’t come,” Nikolienko said in an interview at her home southwest of Izyum.

Her daughter Karina and sister Liudmyla are also missing since leaving for Izyum to visit their grandmother.

The Ukrainian military offensive that has pushed the Russian army out of the country’s eastern Kharkiv region has rattled President Vladimir Putin, prompting him to mobilize reserves and even threaten nuclear war.

It has also unearthed what appear to be atrocities committed by the Russian forces during their five-month occupation of Izyum and surrounding villages like Dibrova.

War crimes prosecutors finished exhuming bodies from a mass grave site in Izyum on Friday and said they had found evidence of torture and executions.

One hundred of the recovered bodies showed signs of unnatural deaths, and their killings appeared to have resulted from shelling, stabbings and strangulation, authorities said.

Several had their hands bound behind their backs, or were missing limbs, said Yevhen Dokolov, head of the Kharkiv Regional Prosecutor’s Office.

Ten days after the Russians abandoned Dibrova, children walked on roads filled with dogs and the elderly tended to their gardens. Of 400 residents, about 160 remain.

Locals remain traumatized. Approached by a reporter on the street, a man immediately reached for his passport, being so accustomed to having to show his identity documents during the occupation.

Nikolienko’s family is among those waiting for police to dig up the bodies of the loved ones, who are buried at the village cemetery, so that a proper investigation can take place.

The way the bodies were found, it looked as if the son was killed first and his father was subsequently shot in the back of the neck as he was running to him, the family said.

Both had ties to the Ukrainian army. Artem was a soldier in 2015 and 2016, and Arsen had joined a self-defence unit in Izyum but had stayed at home since the Russians invaded.

The father and son had already been detained them once before, said Artem’s uncle, Oleksii Sukhorebryi.

“First time they took them for three days and tortured them,” he said.

The Russians returned to the house at midnight on Sept. 9, he said. Wearing masks, they said they were from the “commander’s office” and accused Artem of having a satellite phone, said Sukhorebryi.

“I want to world know what happened to them,” he said.

Sukhorebryi guided a reporter to the spot in a pine forest where the killings took place. Two holes were visible in the ground, one of them covered with branches. Red flowers lay nearby.

“Here is the place where they were found,” he said. “I built my nephew and son-in-law’s coffin with my own hands from ordinary boards. I didn’t know how to do it.”

While Artem was waiting for the Ukrainian army to liberate the village, he had discussed conducting partisan attacks.

“He called me to start doing sabotage, but I told him when our army will be here we can go shoulder to shoulder against Russians,” he said.

In the meantime, they worked together at a bakery.

“He had a girlfriend, loved fishing with me. He was kind and followed me, he didn’t want to die,” Sukhorebryi added.

As the explosions of ordinance disposal teams rattled nearby, Sukhorebryi said he would join the army.

“I will go to fight, I want them not to come here again. I have small children.”

In Izyum, Tetiana Hrebeniuk stood crying and speechless when Ukrainian soldiers entered her city, retaking it from the retreating Russian forces that occupied it for five months.

“I was just holding flowers and couldn’t move,” said Hrebeniuk, an award-winning poet.

Located on a hilltop on the path to the Donbas region, Izyum became a strategic city in the Russian war. A key hub in Ukraine’s eastern Kharkiv region, it was liberated by the Ukrainian army on Sept. 10.

Hrebeniuk’s surprise was understandable. For months, residents lived in an information vacuum, lacking internet or phone service, not to mention electricity, running water and gas.

Entering Izyum is possible only with a permit, and locals are not allowed to leave as Ukrainian authorities continue to clear the city, saying that Russians may still be hiding in the woods.

In the city centre, it was difficult to find a window that was not broken.

Apartment buildings, supermarkets, schools, the post office and the government building were all destroyed by shelling. But 10,000 remain in the city, which had a pre-war population of 48,000.

Hrebeniuk said that during the Russian occupation, locals occasionally threatened her, saying they would tell the invasion force that her writings promoted Ukraine and its culture.

“From time to time citizens told me, ‘We know you and can tell about you,’” she said.

Since the city was retaken, humanitarian workers have been arriving with food boxes.

Two other residents, Olha and Angelina, lost their apartment in shelling in early March and took shelter in the basement of a nearby building.

“We had a fire every day to cook food, bringing water from the river,” said Olha, who added she did not witness any mistreatment by the Russian forces.

“Everything was fine. All was good. Under Russia, we lived normally,” Angelina said.

The women worry about the coming winter. They don’t have warm clothes and have heard gas, water and electricity will not be resuming any time soon.

“Transport us somewhere from here. We want to have quiet,” Olha said. “I want to have water, electricity and food and peace. I don’t want anything else.”

“We lost electricity and mobile connection first, then gas and water,” he said.

Air strikes began on the night of Feb. 28 and continued until March 1, he said. Shops were bombed or burnt, and then plundered. From March 5, most hid in basements. Shelling was heard all the time.

“In one place we had 1,500 people with kids. The picture was horrible. They didn’t have water or food.”

On the gate of the emergency service building, staff put a list of addresses and dates when they delivered food — porridge and milk from the nearest farms.

While some were evacuated from the city, others got used to the conditions and returned to their houses — if they were not destroyed. Others stayed in basement shelters.

During the initial months of the war, hundreds died, their bodies dumped in mass graves uncovered by Ukrainian troops when they liberated the city.

The graves, located in a wooded area near an old cemetery, contain some 445 civilians and 17 Ukrainian soldiers. They are marked with wooden crosses that bear no names, only numbers.

The governor of Kharkiv region, Oleh Synegubov, said 99 per cent of the bodies exhumed showed signs of violent death. Several bodies were found with their hands tied behind their backs. One person had been buried with a rope around his neck.

Children were also among those found at the site, which emitted a horrific odour. A group of Russian soldiers had been positioned less than 50 metres from the horror.

The Russians left mines and booby traps around the cemetery and through Izyum. Whole streets were littered with anti-personnel mines, Nazarenko said. As de-mining crews cleared the area, explosions could be heard. 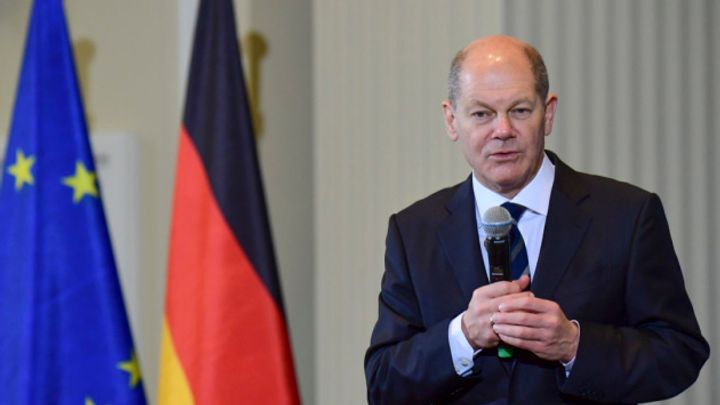