One Of Three Iranian Filmmakers Arrested In Crackdown Has Been Released On Bail.

Mostafa al-Ahmad, one of the three prominent filmmakers jailed last month in Iran as part of a broad crackdown, was released on bail on August 10. He had contracted COVID-19 in prison.
Ahmad, 52, was arrested in July as Iranian authorities cracked down on dissent in response to growing antiestablishment sentiment and near-daily protests across the Islamic republic. Fellow filmmakers Mohammad Rasulof and Jafar Panahi were arrested around the same time. It had been reported recently that Ahmad and Panahi had developed COVID-19 in Tehran's Evin prison, but judicial authorities prevented them from being hospitalized outside that detention facility. Days prior to his arrest, Ahmad had joined a group of Iranian filmmakers in publishing an open letter calling on the security forces to "lay down their arms" in the face of public outrage over "corruption, theft, inefficiency, and repression" following the violent crackdown against those protesting a building collapse in the southwestern city of Abadan, which killed 41 people in May. More than 100 Iranian filmmakers backed the statement, which said that soldiers "have turned into the people's oppressors.” The arrests of the three prominent directors has prompted international criticism. Three European film and arts festivals have strongly condemned the government over the detention of the filmmakers. 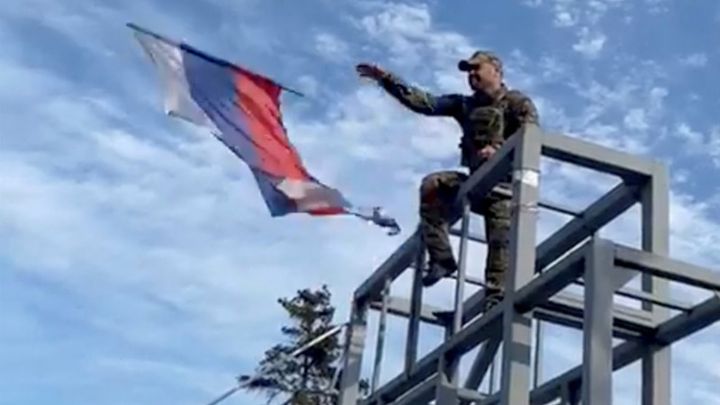 Mykhailo Podolyak, an adviser to the head of the Ukrainian President's Office, thanked the leaders of NATO member states that support Ukraine's future membership in the Alliance.

Russian President Vladimir Putin on Friday (September 30) presided over a ceremony to annex four Ukrainian regions partly occupied by his forces, escalating his seven-month war and taking it into an unpredictable new phase. "This is the will of mi...

The Supreme Court is set to begin its new term on Monday after a series of controversial decisions from its last term sent public approval of the court to its lowest ever rating, according to an NBC News poll. NBC News legal analyst Danny Cevallos...