Alex Ovechkin looks up ice during the first period of the team's NHL hockey game against the New York Rangers on Thursday, Feb. 24, 2022, in New York.

Russian NHL star Alexander Ovechkin is making his way across Western Canada this week as his team, the Washington Capitals, take on the Calgary Flames, Edmonton Oilers and Vancouver Canucks.

Ovechkin doesn’t find a lot of fans in these provinces, typically, due to the fact he arrived on the ice as a natural enemy, playing for an opposing team. But his reception in Calgary and Edmonton has been a bit frostier than usual and it boils down to Ovechkin’s historically strong ties to Russian President Vladimir Putin.

At both games earlier this week, his mere presence on the ice resulted in a chorus of boos from Prairie-dwelling crowds.

It’s likely he’ll be met with similar hostility on Friday night, when the Capitals face off against the Canucks in Vancouver.

The Western Canadian provinces are home to some of Canada’s largest concentrations of the Ukrainian diaspora. In fact, Canada is home to the third-largest population of Ukrainians in the world.

Edmonton is home to 160,000 people of Ukrainian descent, and there are 370,000 in Alberta, according to the 2016 Canadian census. There are roughly 1.4 million people of Ukrainian background living in Canada, more than anywhere outside Ukraine and Russia.

The Vitar Ukrainian Folk Choir performs the Canadian National Anthem in English and Ukrainian prior to the Oilers-Capitals game pic.twitter.com/RJ30J7SwdI

So, Ovechkin’s unwavering friendship with Putin has caused quite a bit of frustration and outrage for hockey fans and former players.

Putin has long been passionate about ice hockey and has nurtured his relationship with Ovechkin over the years. It’s no secret that Ovechkin holds a special place in the president’s heart.

The relationship is reciprocated on Ovechkin’s end, too. He started an online social movement in 2017 to support Putin winning Russia’s 2018 election, and was also supportive of Putin when the Russian leader invaded and annexed Crimea from Ukraine in 2014, reports The New York Times.

“I have never hidden my attitude towards our president, always supporting him,” Ovechkin wrote in 2017. “I am confident that there are many of us, supporting Vladimir Putin. So let’s unite and show everyone a united and strong Russia!”

According to The Guardian, he convinced other Russian hockey stars — including Evgeni Malkin, Pavel Bure and Ilya Kovalchuk — to sign up to TeamPutin in 2017. It was then that he changed his Instagram profile photo to a photo of him and Putin.

To this day, the photo remains. The pair stand shoulder-to-shoulder, smiling for the photo. Ovechkin’s hand makes a “peace sign” in front of him.

Ovechkin may have put some distance between himself and the president a few days ago, when he told reporters at a press conference: “But how I said, I am not in politics. I am an athlete and you know, how I said, I hope everything is going to be done soon. It’s a hard situation right now for both side and everything. Everything, I hope, is going to end. I’m not in control of the situation.

For hockey fans, however, it’s not enough. Ovechkin hasn’t posted anything to his Instagram since January of this year, long before the Russian invasion of Ukraine began. But that hasn’t stopped people from commenting on his old posts, asking when he’s going to condemn Putin’s actions.

“Ovie are you a chicken or a Putin lover? Speak up man! You should be kicked out from the league,” taunted one person on a photo of Ovechkin and his dog.

“Big hockey fan here… the fact u STILL have this profile pic up is disgusting… no respect for u anymore,” wrote another.

“What!? Not only an alibist, a chicken s—, but also a liar! Every adult in Europe knows well, that Putin is a mad killer and that Russia is waging an offensive war against the free country and its people,” Hasek wrote in a tweet. “The NHL must immediately suspend contracts for all Russian players!”

The NHL must immediately suspend contracts for all Russian players! Every athlete represents not only himself and his club, but also his country and its values and actions. That is a fact. If the NHL does not do so, it has indirect co-responsibility for the dead in Ukraine.

He continued: “Every athlete represents not only himself and his club, but also his country and its values and actions. That is a fact. If the NHL does not do so, it has indirect co-responsibility for the dead in Ukraine.”

However, maybe putting even the slightest distance between himself and Putin is a significant step.

Jack Todd, a hockey writer for the Montreal Gazette, argued that it is indeed noteworthy Ovechkin hasn’t endorsed Putin’s actions.

“It’s the first sign of any distance between Putin and one of his more enthusiastic supporters,” Todd wrote, but also argued that Ovechkin needs to do more.

“Given Ovechkin’s position as a hero of the Russian people, it would be hard for Putin to retaliate against him, especially now when everything is crumbling.” 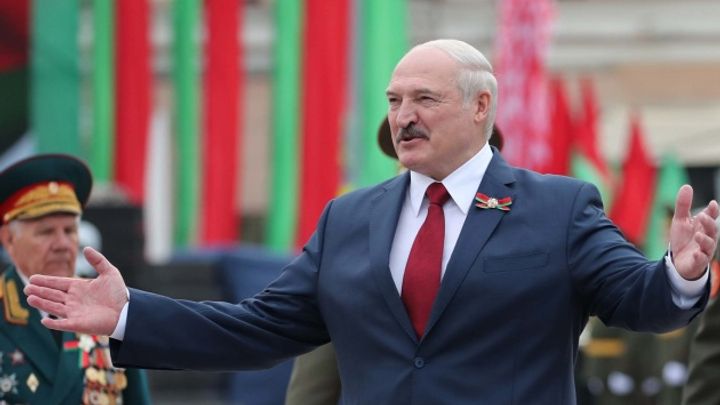