A staunch defender of human rights and long-time China critic, US House of Representatives Speaker Nancy Pelosi is set to meet rights activists in Taiwan on Wednesday, a move certain to ramp up already fraught tensions between Beijing and Washington.

Among those she will meet are a Hong Kong bookseller who fled to the self-ruled island in 2019, a former Tiananmen demonstrator and a Taiwanese activist recently released by China, people familiar with the matter told Reuters.

China has condemned Pelosi's visit to the democratic island that Beijing claims as its own, responding with increased military activity in surrounding waters and by summoning the U.S. ambassador in Beijing.

Bookstore owner Lam Wing-kee hopes Pelosi can help Hong Kongers who are afraid to return to their city amid fears they will be persecuted under a sweeping national security law.

"I want to discuss with her whether there is a possibility for the US government to help those who cannot return to Hong Kong and who may not be able to obtain identity cards in Taiwan, to help them to go to the United States," Lam told Reuters.

Lam was detained in China for eight months in 2015 over books critical of China's leaders and their private lives.

An invitation Lam said he received from the American Institute in Taiwan, the United States de facto embassy, lists the National Human Rights Museum in Xindian, New Taipei City, as the location for a meeting. Pelosi is not specifically mentioned in the invitation.

AIT said it expected to invite seven guests to the meeting and requested that each prepare three-minute opening remarks, according to the invitation, which was reviewed by Reuters.

Less than two hours by flight from Hong Kong, Taiwan is a popular destination for scores of democracy activists from the former British colony who took part in anti-government demonstrations in 2019 and later fled Beijing's tightening grip over the city.

The flow of Hong Kong people to Taiwan increased significantly amid fears they could be arrested under the national security law Beijing imposed on Hong Kong in 2020 after the sometimes violent protests.

Pelosi, 82, has drawn Beijing's ire over her criticism of the 1989 crackdown on pro-democracy protesters in and around Beijing's Tiananmen Square and authorities' treatment of China's Uyghur Muslim ethic group.

Just two years after Chinese troops opened fire on Tiananmen demonstrators, Pelosi visited the square and unfurled a banner commemorating those who died. Uniformed police pursued Pelosi and her team as they left the square.

Beijing sees official visits by senior foreign officials to the self-governing island as a sign of tacit support for the island's pro-independence camp. Minister of Foreign Affairs of Ukraine Dmytro Kuleba called on IAEA Director General Rafael Grossi and UN Secretary General António Guterres to send an international mission led by the IAEA and with the participation of UN military experts to the ...

No one will be able to stop the wind carrying radiation, but all of us can stop the terrorist state of Russia – Zelensky.

No one will be able to stop the wind carrying radiation, but all of us can stop the terrorist state of Russia. 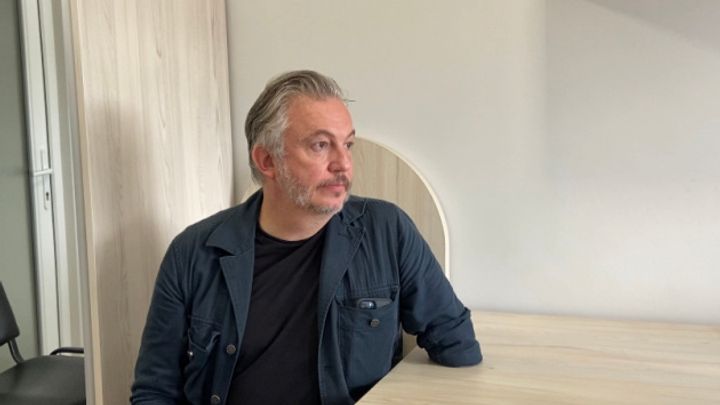 The world-famous British documentary photographer, Giles Dewlay, has come to Lviv to take pictures of the Ukrainians who were affected by the Russian armed aggression, an Ukrinform correspondent reports.

Thames Water is planning to announce a hosepipe ban within weeks with the dry weather showing little sign of abating. It is urging its customers to "only use what they need". Reports today suggested hosepipe bans could remain in place until Octobe...

Sen. John Kennedy: Biden is like an old Buick #shorts

Sky's Yousra Elgabir is in Nairobi, Kenya ahead of polls closing to choose the next Kenyan president. Due to eruptions of violence following election results in recent years, there are concerns that this year may be no different - but whether or n...

What Are The FBI's Next Steps After Searching Trump's Mar-a-Lago Home.