More Than 90 Detained In Yerevan As Car Protest Snarls Traffic.

An opposition protester is arrested in Yerevan on May 16.

YEREVAN -- Police in Yerevan have detained dozens of drivers who took part in a car rally in the Armenian capital as opposition-led demonstrations continue in an effort to force Prime Minister Nikol Pashinian from office.

Anti-government demonstrations organized by the opposition since April 17 have called on the population to commit acts of civil disobedience, accusing Pashinian of making unacceptable concessions during negotiations with Azerbaijan over the disputed region of Nagorno-Karabakh. `

Police in Yerevan said on May 16 that at least 91 people who attempted to take part in the car rally were detained, most of them near the Razdan sports stadium on the edge of the city center.

Police warned drivers "to avoid committing traffic violations and any attempts to restrict the rights of other citizens to move around the city."

Opposition politicians said earlier that they planned to resume protests in Yerevan on May 17.

Pashinian has faced heavy criticism since he and Azerbaijani President Ilham Aliyev agreed last month to start drafting a bilateral peace treaty to resolve the Nagorno-Karabakh conflict and set up a joint commission on demarcating their common border at talks in Brussels.

Azerbaijan wants the peace deal to be based on five elements, including a mutual recognition of each other's territorial integrity.

Pashinian has publicly stated that the elements are acceptable to Yerevan in principle, fueling opposition claims that he is ready to recognize Azerbaijani sovereignty over Nagorno-Karabakh.

Armenia lost control over parts of the breakaway region in a 2020 war that ended with a Russian-brokered cease-fire that an estimated 2,000 Russian troops have been deployed to monitor.

Nagorno-Karabakh, which had been under ethnic Armenian control for nearly three decades, is internationally recognized as part of Azerbaijan.

Pashinian, who said he had agreed to the 2020 cease-fire to avoid further losses, said he would not sign any peace deal with Azerbaijan without consulting ethnic Armenians in Nagorno-Karabakh.

President of Ukraine Volodymyr Zelensky on Thursday welcomed his Turkish counterpart Recep Tayyip Erdogan in the Ukrainian city of Lviv for talks.

One killed, two hospitalized due to shelling of Mykolaiv on Thursday – mayor.

According to preliminary information, as a result of daytime shelling of Mykolaiv, one person died on the way to the hospital, two more wounded were hospitalized, Mayor Oleksandr Sinkevych has said.

The U.S. government will hold trade talks with Taiwan in a sign of support for the island democracy that China claims as its own territory.

One person killed, two others wounded in enemy shelling of Mykolaiv.

One person was killed and two others were injured in Russian shelling of Mykolaiv city.

The virtual meeting is being convened by the Federal Reserve Board and the U.S. Office of the Comptroller of the Currency, which are reviewing the proposed US$13.4 billion deal. 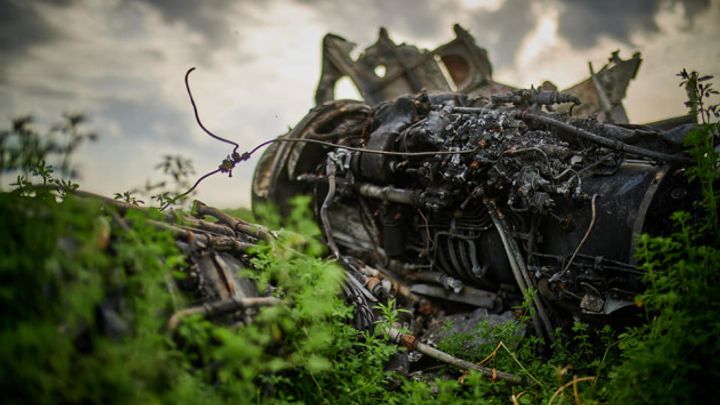 In Donetsk direction, the fighters of a special unit of the National Guard destroyed two enemy tanks.

Leon Panetta, who served as Secretary of Defense and CIA director in the Obama administration, rebuts a claim by former President Donald Trump's allies that a president can declassify whatever documents they choose. #CNN #News

Around much of the Northern Hemisphere, from Hungary to Hawaii, from the drying Rhine River to the now-recovering Rio Grande, or from Casablanca to California, summer droughts and high temperatures are having a serious impact on everything from ag...

MOMENT Ukraine's Azov special forces blow up Russian ammo depot in HUGE explosion. The footage was reportedly shot in the eastern part of the village of Ternova, in the Kharkiv Raion, five kilometres from the Russian border. It was obtained from S...

Multiple Victims Wounded In Shooting Outside Of Memphis Hospital.

At least six people were wounded when gunfire erupted outside of Methodist North Hospital in Memphis, Tennessee. » Subscribe to NBC News: » Watch more NBC video: NBC News Digital is a collection of innovative and powerful news brands that deliver ...

After 10 years of playing in the minor leagues, Wynton Bernard will finally be playing Major League Baseball — and both he and his mom broke down in tears when he told her the news.