Sepideh Rashno was shown for a few seconds on state television on July 30 in what looked like a studio setting. Her halting voice raised suspicion she was reading from a text written for her.

Dozens of female civil activists have called on Iranian authorities to release a woman who was arrested for protesting mandatory head-scarf rules after she appeared on television and gave a "confession" they allege was made under duress.

According to the Free Union Workers of Iran's Telegram channel, the women took to the streets of Tehran carrying placards asking, "Where is Sepideh Rashno?" and demanded to know her status after the 28-year-old writer and artist was arrested on June 15 after a video of her arguing with another woman who was enforcing rules on wearing a head scarf on a bus in Tehran went viral.

The other woman threatened to send the video -- which showed Rashno riding the bus without a hijab -- to the Islamic Revolutionary Guards Corps.
Rashno was subsequently detained and has been held since without access to a lawyer, nor have the charges against her been made public. Amid growing concern over her whereabouts, a Twitter campaign started with the hashtag "Where is Sepideh?" Iranian state television subsequently showed Rashno in a video report on July 30 where her eyes appeared darkened. Witnesses said she seemed listless and moved slowly. The Iranian Human Rights Activists News Agency, the media outlet for Human Rights Activists in Iran, said on August 5 that Rashno had been beaten before she confessed on air to breaking the country's hijab law. According to eyewitnesses, Rashno had low blood pressure, had difficulty moving, and was transferred to a hospital. She returned to prison immediately after being examined. During a one-sided narrative over the confrontation, Rashno was shown for a few seconds on state television in what looked like a studio setting. Her halting voice raised suspicion she was reading from a text written for her. The confession aired amid recent reports that authorities in Iran are increasingly cracking down on women deemed to be in violation of wearing the hijab, which is mandatory in public in Iran. The hijab first became compulsory in public for Iranian women and girls over the age of 9 after the 1979 Islamic Revolution. Many Iranian women have flouted the rule over the years in protest and pushed the boundaries of what officials say is acceptable clothing.

The survey by IPEC taken over the three days since the first-round vote found Lula with 51% voter support against Bolsonaro's 43%, with a margin of error of two percentage points. 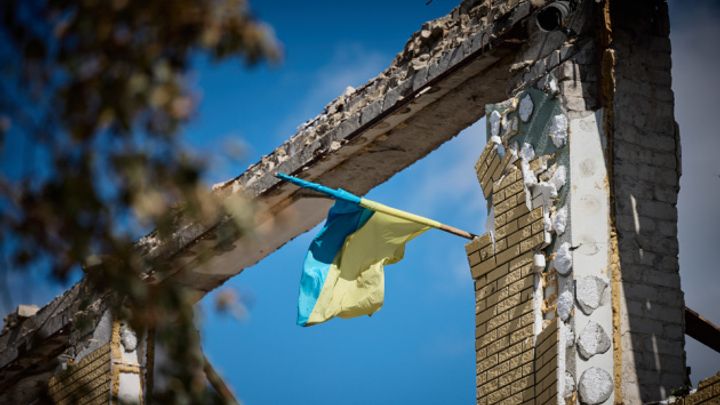 Ukraine is making major breakthroughs on the battlefield by breaking through parts of Russian lines along multiple fronts near Kherson in the south and in the eastern Donbas region. WATCH FULL EPISODES OF WORLD NEWS TONIGHT: WATCH WORLD NEWS TONIG...

Why #KimKardashian is paying $1.3 million to settle SEC charges over a crypto post on #Instagram. » Subscribe to NBC News: » Watch more NBC video: NBC News Digital is a collection of innovative and powerful news brands that deliver compelling, div...

Police in Stockton, California are searching for an apparent serial killer after five men were shot to death. Authorities believe the murders are “interconnected,” and that the killer is stalking victims as they walk alone after dark in poorly lit...

Video of Russian recruits reveals reality on the frontlines.

CNN's Melissa Bell reports on widely circulated social media videos of recruits talking about their poor training and equipment on the front lines. CNN has not been able to independently verify the videos. #CNN #News